JOIN US ON TELEGRAM

The main activities of this department include maintenance of animal health and improvement of animal breeds as well as development of all types of livestock such as cows, buffaloes, sheep, goats, horses, camels and poultry. 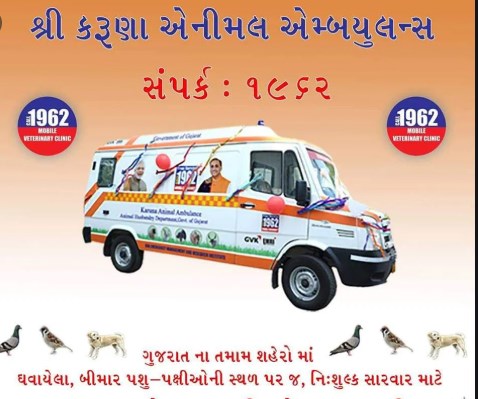 Like other departments of Gujarat Government, Animal Husbandry Department has also come into existence since 190.

The Animal Husbandry Department works independently under the Department of Agriculture and Co-operation of the Government of Gujarat.

Maintenance of State Domestic Breeds
Treating animals and birds and controlling epidemics
Livestock improvement operations
In the state of Gujarat, animal husbandry is a profession in which apart from special skills, even pastoralists and women with less or no skills can earn a living.

Due to the constant irregularity in agricultural income, animal husbandry is a supplementary as well as a lucrative business, which reduces rural unemployment.

Important Animal Breeds of the State:

Gir and Kankraj in cows
Among the buffaloes are Surati, Mehsani, Jafarabadi and Bunny
Goats include Surati, Jhalawadi, Mehsani, Gohilwadi and Kutchi
Patanwadi and Marwadi in sheep
Mission and goal
Strengthening animal health services
Increasing livestock production
To increase the income of pastoralists
Expanding the scope of education, training and extension services to create employment oriented business
Introduction
Animal Husbandry has established itself as the second largest business in rural India after agriculture. In rural India, animal husbandry is a traditional and ancient occupation. Which provides home-based employment opportunities to semi-skilled and non-skilled people. Animal husbandry is a means of livelihood for the family by providing a complementary, permanent recurring income to the woman pastoralist. Out of 101 lakh households in the state of Gujarat, 3 lakh households (51.5%) are engaged in animal husbandry and out of them 16.50 lakh households (12.5%) are living below the poverty line. For which the business of animal husbandry is the only source of livelihood for his family. Livestock production accounts for a significant share of the state's revenue, as livestock production and by-product production have steadily increased. From the livestock sector in the state, Rs. Revenue is estimated at Rs 21,08 crore. According to the livestock census of 2009, compared to the livestock census of 2009, the total livestock population has increased by 9% and poultry population by 8%. In the year 2016-17, milk production in the state is 104.16 lakh May. Tons, which indicates an annual growth rate of 5.06% as compared to the year 2011-12. In the year 2016-17, the total milk production of the country is 16 lakh May. Tons which shows an annual growth rate of 7.5% compared to last year.
Shri Vijaybhai Rupani started 'Karuna Animal Ambulance 18R' from Gandhinagar in 27 districts of the state providing immediate treatment to the dumb animals in case of injury or illness. In the presence of Deputy Chief Minister Shri Nitinbhai Patel and Ministers Shri Bhupendrasinh Chudasama, Kunwarjibhai Bawaliya and Bachubhai Khabad, the Chief Minister signaled the departure of these ambulance vans.

The Chief Minister said that the state-wide 'Karuna Abhiyan' has been started from 10th to 20th January on the eve of Uttarayan with the sentiment of 'Let the living live and live' with compassion for the living only.


Earlier, the number of birds injured by kite strings has come down to 6,000. ICU for birds and animals. Such advanced treatment facility has been started by this government.


The Chief Minister said in clear words that our culture is the culture of considering the cow as the mother and seeing the paramatma in the soul, so the government is moving forward to make the livestock safe by protecting the animals, enriching the animal wealth and through it a white revolution. Mr. Vijaybhai said that this government is a transparent, dynamic, decisive and progressive government, which is working with the goal of saying no. 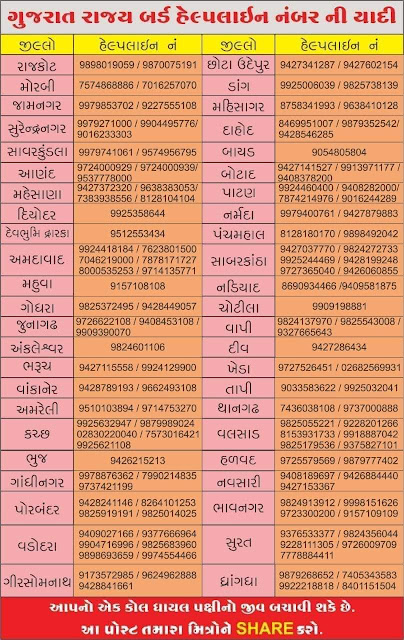